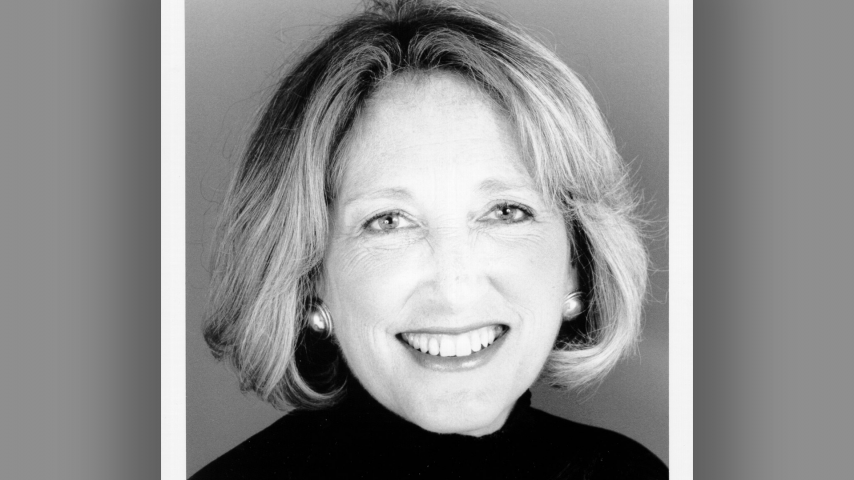 Susan Maxman remembers when the architecture profession was predominantly male.

She attended Smith College. While attending this all-female institution, Maxman was told time and again that women could achieve whatever they wanted – the same as men. But this was a time when the majority of the female population was not in the workforce, but rather staying home to raise their children.

So, Maxman married, moved to Philadelphia, and enrolled at the University of Pennsylvania as an art history major. When she asked about studying architecture, she was told it was no career for women.

That wasn’t going to stop her. Once her three young children were in school, Maxman enrolled in the architecture program at graduate school of the university. She was one of 10 women in the class, which was an accomplishment as the number of women typically was no more than five.

In order to be admitted to the program, Maxman was required to take calculus and physics with the pre-med students. On the first day of physics class, she remembers her professor told her she’d never pass because “women cannot do physics.”“I aced it,” Maxman said. She graduated with a master’s degree in architecture and began working for a small architecture firm.

Even with her graduate degree, Maxman was met with social inequity. While working for a small architecture firm, she learned her male colleagues earned higher salaries. She wanted to know why.

“[The owner of the firm] said, ‘You don’t need it because you have a husband who supports you,’” Maxman said. “So, I got licensed and registered.”

As soon as Maxman could sit for the registration exam and become licensed, she and another woman opened their own firm, Maxman/Sutphin Architects, in 1980. The firm evolved into SMP Architects, which became known for its different approach to architecture.

SMP Architects was one of the first firms interested in “green architecture,” which very much aligned with Maxman’s long-standing interest in historic preservation, energy efficiency, sustainability, and the restoration of buildings. The firm’s clients generally are non-profit organizations and institutions like the U.S. National Park Service and historic structures. This focus remains intact today.

Maxman was interested in the American Institute of Architects, which was known at the time as an “old boys’ club.” So, she joined the organization, became a board member with her local chapter and eventually was elected the first woman president of The Pennsylvania Chapter of the AIA. Soon, she served on the national AIA board, and eventually became the first woman president of the national AIA board.

Maxman says it was very important at the time for women to become more visible in the profession. She felt that she could make a difference by serving in these roles.

Architecture at a Crossroads

As a result of her involvement with AIA, Maxman became deeply involved in the environmental movement that grew, when she represented AIA at the United Nations Conference on Environment and Development (Earth Summit) in Rio de Janeiro, Brazil, in June 1992.

While serving as president of AIA, Maxman was planning for the AIA Convention in Chicago. She decided the theme should be “Architecture at a Crossroads.”

“It was important for us to rethink the way that we design buildings to tread more lightly on the earth,” she said. “I looked to all of the resources and people I met at the Earth Summit for guidance and to participate in the convention.”

The conference was a great success and pivotal moment for AIA. It helped raise awareness of the role that the profession could play in determining the future direction of the built environment, with regard to climate change. “It was the most well-attended conference ever,” she said. “It was a wonderful experience for me and everyone. I still meet people who remember it.”

Maxman has led an active retired life. She and her husband, who is a landscape architect, bought a sailboat, went to the Bahamas, and built a house there. Maxman still is doing pro bono work and designing houses for her grown children and grandchildren.

In 2015, she was appointed along with James Timberlake, FAIA, partner with KieranTimberlake, to serve on the board of directors of the National Institute of Building Sciences by then-President Barack Obama.

Six members of the 21-member NIBS board are presidential appointees.

“I am so thrilled to see how NIBS has evolved into a very dynamic organization,” she said. “I’m just thrilled with the changes!”