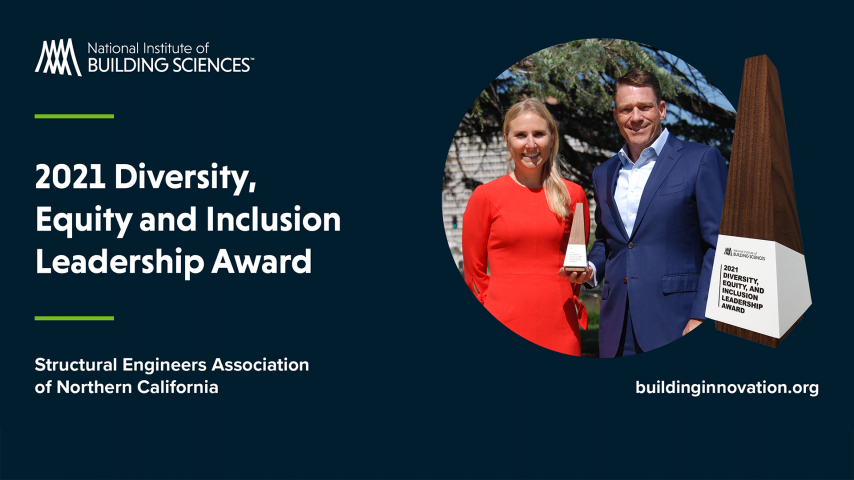 There are only a couple more weeks left to get your nominations in to recognize leaders in the built environment.

NIBS opened the awards nominations process last month, and the deadline is May 31.

The NIBS DEI Leadership was among several new awards inaugurated last year, during Building Innovation 2021. It was given to the Structural Engineers Association of Northern California.

If you have a nominee for DEI Leadership, we’re looking for champions of diversity, and we’d like to celebrate their exemplary leadership in advancing DEI in the building industry.

This award will recognize corporations or associations for their positive impacts on the industry and the community as a whole, by increasing diversity in leadership roles and engaging in ongoing efforts that yield measurable change.

Award winners this year will be announced at Building Innovation 2022 at the Mayflower Hotel in Washington, DC. BI2022 takes place September 26-28.