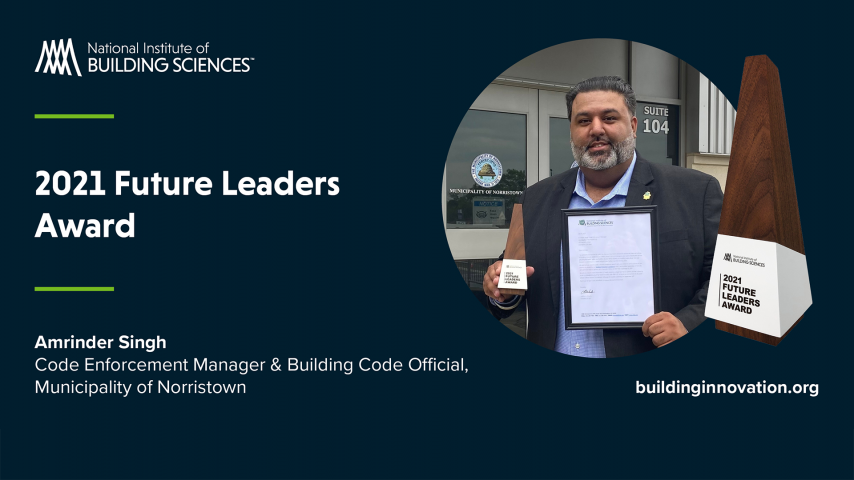 The National Institute of Building Sciences has opened the awards nominations process for outstanding members of the building industry.

Among these awards: the Future Leaders Award, which was given to Amrinder Singh, Code Enforcement Manager and Building Code Official with the Municipality of Norristown.

Nominations opened last month, and the deadline is May 31.

If you have a nominee for the Future Leaders Award, we’re looking for the next generation of leaders across the built environment. The award recognizes an individual under the age of 35, whose innovative talent is driving the industry into the future.

Winners this year will be announced at Building Innovation 2022 at the Mayflower Hotel in Washington, DC. BI2022 takes place September 26-28, 2022.