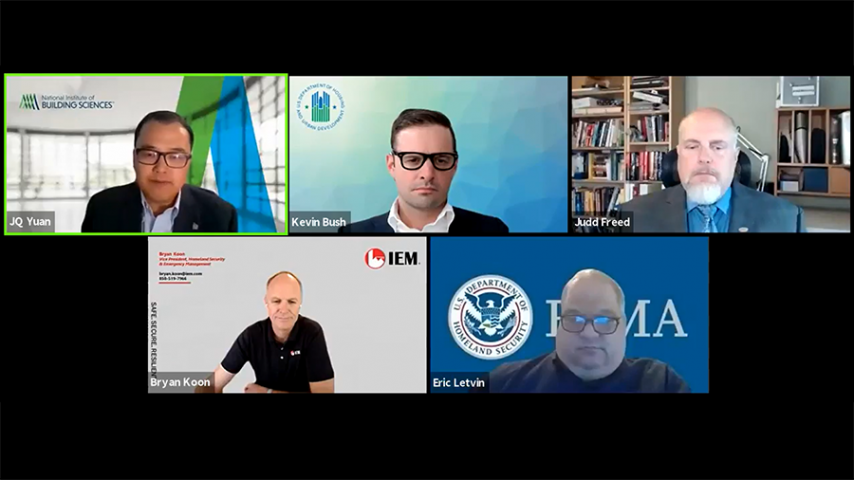 Mitigation is the sustained action that reduces or eliminates long-term risk to people and property from natural hazards and their effects. Over the last decade, the United States has seen a shift in emergency management from relief and response to reducing hazard risk. Key points in this effort are building resilient communities and creating community-based disaster management plans.

According to the National Oceanic and Atmospheric Administration (2020), the nation has averaged 14 floods, wildfires, and other disasters every year for the last five years. These disasters annually cost America $106 billion.

The National Institute of Building Sciences’ 2019 Natural Hazard Mitigation Saves Report found that adopting the latest building code requirements is affordable and saves $11 per $1 invested. Furthermore, the study found that federal grants save $6 per $1 cost. Since 1995, public-sector investment in mitigation by the Federal Emergency Management Agency, U.S. Economic Development Administration, and U.S. Department of Housing and Urban Development cost the country $27 billion but will ultimately save $160 billion, meaning $6 saved for every dollar invested.

$67 BILLION IN ACTIVE GRANTS UNDER MANAGEMENT

Kevin Bush, Deputy Assistant Secretary for Grant Programs with the U.S. Department of Housing and Urban Development, said cities are increasingly impacted by challenges, such as heat, flooding, sea-level rise, in addition to the everyday things they have to deal from population growth, aging infrastructure, and the lack of affordable housing.

“The President has called on every part of the government to help shape our nation’s response to the climate crisis,” Bush said. “This includes engaging with our cities, so they can act as hubs of innovation … we understand that each of our agencies has an important role to play.”

The HUD Community Development Block Grant (CDBG) program has been in existence for 28 years.

“Right now, we have $67 billion in active grants under management,” he said. These funds have been used in the recovery from disasters as diverse as wildfires to windstorms.

According to the HUD site, CDBG provides annual grants on a formula basis to states, cities, and counties to develop viable urban communities by providing decent housing and a suitable living environment, and by expanding economic opportunities, principally for low- and moderate-income persons.

The program was designed to reinforce several important values and principles of community development: CDBG's flexibility empowers people and communities to design and implement strategies tailored to their own needs and priorities, and the program’s emphasis on consolidated planning expands and strengthens partnerships among all levels of government and the private sector in enhancing community development.

In 2011, a tornado leveled much of Pratt City in Birmingham, Ala. The storm displaced more than 1,000 residents, and the city ultimately used CDBG grants to invest in a new library with storm-strength glass, four neighborhood storm shelters, a six-acre park, and new housing construction, including new homes for seniors.

The priorities for the Building Resilient Infrastructure and Communities (BRIC) program have shifted a bit in year two, said Eric Letvin, Deputy Assistant Administrator for Mitigation with FEMA.

For fiscal 2021, there is $1 billion in available BRIC funding. This includes $56 million for state/territory allocations (up to $1 million per applicant), $25 million allocated as a Tribal Set-Aside (all federally recognized Indian tribal governments may apply under the Tribal Set-Aside), and an estimated $919 million in national competition funds for mitigation projects.

Some of these projects include:

“We hope next year to fund even more projects of these types,” Letvin said.

On November 15, 2021, the Infrastructure Investment and Jobs Act (IIJA) was signed into law by President Biden.

Through BRIC, it also provides $1 billion over five years, or $200 million per year for fiscal 2022-2026. This is in addition to the funding FEMA provides through setting aside up to 6 percent of the assistance the agency provides following major disaster declarations.

“This is brand new, the President just signed the bill,” Letvin said, maintaining that STORM is a loan and not a grant program. “We need to figure out implementation. We want to build a successful program.”

In Minnesota, the Ramsey County Emergency Management and Homeland Security department (RCEMHS) works with local municipalities, neighboring counties in the metro region, private and non-profit organizations and state and federal partners to better prepare for, respond to, and recover from incidents ranging from tornadoes to terrorism.

According to its site, Ramsey County Emergency Management is committed to the preparedness of the whole community, including working with community groups and leaders, businesses and individuals across the diversity of Ramsey County to enhance our combined disaster resiliency from the ground up.

With the onset of COVID-19, Judson M. Freed, MA CEM, Director of Ramsey County, Emergency Management and Homeland Security, said the county has struggled with a massive increase in sheltered and unsheltered homeless.

Things like food deserts, where residents can’t buy food within a one-mile radius, make the situation even more difficult when residents are unwilling or unable to leave their homes because of the pandemic or other reasons.

“Just because you’re dealing with a catastrophe like COVID, it doesn’t mean these other hazards stop,” Freed said.

Freed said the goal is to help build communities that are able to cope with hazardous impacts.

“[We want to] survive that impact, thrive after that impact, and … keep those businesses functioning,” he said.

To catch up on previous installments of the Resilience 2021 series, visit the site. Stay tuned for a new event series that will be announced after the new year.