The passage of H.R.3684 – the Infrastructure Investment and Jobs Act – ensures daily commutes across metropolitan cities and small towns will be improved. The bill reauthorizes surface transportation programs for five years and invests $110 billion in additional funding. The bill also guarantees $89.9 billion for public transit over the next five years between reauthorizations and new funding. Highways and bridges will be repaired, intersections redesigned, designated bus lanes created, bicycle lanes protected, and commuter rail services expanded.

Join us as our expert panel discusses the fundamentals of upcoming infrastructure projects and how they will affect our daily lives and commutes. 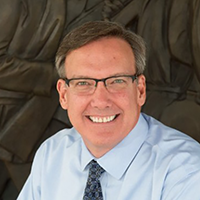 The Honorable Stephen T. Ayers, FAIA, NAC, CCM, LEED AP, the 11th Architect of the Capitol and President of The Ayers Group, LLC, is the Interim CEO of the National Institute of Building Sciences.

Ayers was responsible for facilities maintenance and operation of the U.S. Capitol building and the operation and maintenance of 18.6 million square feet of buildings, including the House and Senate Congressional office buildings, Capitol Visitor Center, Library of Congress, U.S. Supreme Court Building, and Thurgood Marshall Federal Judiciary Building. 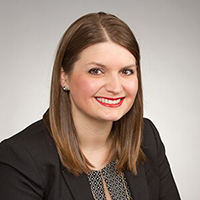 Caroline Sevier is the Director of Government Relations at ASCE. In that role, Sevier oversees ASCE’s advocacy and lobbying efforts on Capitol Hill and at statehouses across the country. Prior to her tenure at ASCE, she spent 5 years as the Legislative Director of Economic Development and Commerce at the National Governors Association (NGA). At NGA Sevier was responsible for directing the development and implementation of governors’ strategic federal priorities and represented state interests in Washington DC. While more recently, she served as the Manager of State and Local Government Affairs at ASHRAE, where she led the organization’s engagement with state, city, county, and local government officials and agencies.

Sevier’s current tenure at ASCE is actually her second time at the organization. Prior to her years at ASHRAE and NGA, she served as the Senior Manager of Government Relations at ASCE, where she focused on transportation and water resources infrastructure, leading the organization’s transportation policy committee and advocating on behalf of the nation’s civil engineers on Capitol Hill. 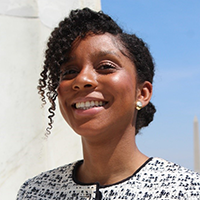 Katelyn Walker Mooney is a Policy Advisor at the Department of Labor in the Office of the Secretary. Katelyn is leading the Department’s Good Jobs Initiative, which is focused on providing critical information to workers, employers, and government agencies as they work to improve job quality. She recently served as the Associate General Counsel for the Committee on Education and Labor in the U.S. House of Representatives. There, she managed the legislative process; counseled Representatives and staff on labor policy, legislation and law; and conducted oversight investigations. Before that, she clerked for the Honorable Melanie M. Shaw Geter in the Maryland Court of Special Appeals and the Honorable Tiffany H. Anderson in the Circuit Court for Prince George’s County. As a law student, she worked for Congresswoman Marcia L. Fudge, the AFL-CIO, and the SEIU. Katelyn is an alumna of the George Washington University Law School and Dartmouth College. 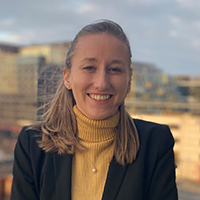 Special Assistant for Policy and Implementation, U.S. Department of Transportation

Tatjana Kunz serves as a Special Assistant for Policy and Implementation in the Office of the Assistant Secretary for Transportation Policy at the U.S. Department of Transportation. In this role, Tatjana supports policy initiatives across the Department and supports implementation of the Bipartisan Infrastructure Law. She previously worked as a Field Organizer for the Democratic Party of Michigan, an Undergraduate Assistant at the UC Davis Policy Institute for Energy, Environment, and the Economy, and as an Intern in the Office of Innovative Mobility at the Colorado Department of Transportation.