Oregon could experience a magnitude-8.7 or larger earthquake in the next 50 years.

This webinar will present key findings in a case study by the Multi-Hazard Mitigation Council (MMC) of the National Institute of Building Sciences that estimates the benefits of a seismically resilient runway at Portland International Airport (PDX).

MMC published four editions of the Natural Hazard Mitigation Saves study between 2005 to 2019. It found that mitigation saves up to $13 per $1 invested (national average) across multiple kinds of disasters and a wide variety of approaches. These include adopting up-to-date building codes, exceeding codes, and retrofitting existing private- and public-sector buildings, utilities, and transportation infrastructure. The PDX case study extends Natural Hazard Mitigation Saves by shedding light on the fragility and the value of resilient air transportation. 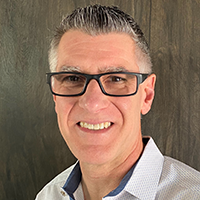 Before joining CISA in 2018, Mr. Cauffman worked for the National Institute of Standards and Technology (NIST) for 19 years. Most recently, he was a key member of the Community Resilience Group, where he led efforts to implement the Community Resilience Planning Guide to support local resilience planning. Mr. Cauffman held several leadership positions at NIST including leader of the Structures Group, Deputy Chief and Acting Chief of the Materials and Structural Systems Division. He was the program manager for NIST's study of the World Trade Center Disaster and led a 26-member team to study the performance of buildings and infrastructure during hurricanes Katrina and Rita.

Lakisha Ann Woods, CAE, is President & CEO of the National Institute of Building Sciences (NIBS). Woods is responsible for leading the organization’s dedicated team of professionals, enhancing its value, visibility and growing relationships with its members, clients, public agencies and partners. She also leads efforts to expand NIBS programs and markets, while growing and strengthening its membership base.

Prior to joining NIBS, Woods served as the Sr. VP & Chief Marketing Officer with the National Association of Home Builders (NAHB). There, Woods led a 27-member team responsible for all marketing and revenue-generating programs, including sponsorship sales and partnerships with major national companies.

Woods currently serves on the American Society of Association Executives (ASAE) Board of Directors and began her term as Secretary/Treasurer on September 1, 2020. She recently was elected Vice Chair of the U.S. Green Building Council Board of Directors, where she previously served as Secretary/Treasurer. Woods also serves on the Advisory Board of Crosswalk and has spoken at numerous national and international industry events. She holds a Bachelor of Science degree from the University of Maryland in College Park and lives with her husband and daughter in Howard County, Maryland. 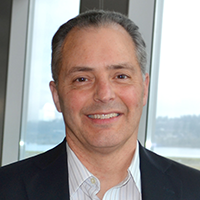 Dan Pippenger was named the Port of Portland’s Chief Operating Officer in January 2020. In this role, he is responsible for the operation of the Portland International Airport, two general aviation airports, and all of the Port’s marine terminals.

Dan has been with the Port since 2006. In his previous role as the Director of Planning and Development, he oversaw long-range and land-use planning, capital program development and asset management, site and facility design, and the Port’s tenant improvement program.

Dan also served as the Port’s Director of Marine Operations, a position he was well-suited for thanks to a bachelor’s degree in Marine Engineering from the US Coast Guard Academy, master degrees in both Naval Architecture and Ocean Engineering from the Massachusetts Institute of Technology, and his 20 years of service in the United States Coast Guard, where he retired with the rank of Commander.

Dan and his wife live in Portland and have three daughters. You’ll find him camping and hiking in the Cascades or running with his dog in Forest Park. He also manages the dog’s Instagram site with ample guidance from his daughters.

Dr. Porter is a professional engineer and principal of the Denver consulting firm SPA Risk. He helps corporations, communities, and nations improve their disaster resilience. He led the Natural Hazard Mitigation Saves studies for the National Institute of Building Sciences, which found that disaster mitigation can avoid $13 in loss per $1 of cost. He led the engineering research on four groundbreaking USGS planning scenarios: ShakeOut, ARkStorm, Tsunami, and HayWired. Thanks to ShakeOut, 1% of the world’s population annually prepares for earthquakes. His doctoral research helped lead to FEMA’s revolutionary performance-based seismic design guideline FEMA P-58. Other clients include the National Research Council of Canada, California Earthquake Authority, and Southern Calfornia Edison. He is a fellow of the Structural Engineering Institute and of the American Society of Civil Engineers. 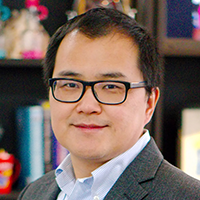 Jiqiu (JQ) Yuan, Ph.D., P.E., PMP, is a licensed professional engineer and researcher with more than 15 years of research and development experience in earthquake engineering, natural hazard mitigation, and engineering research. He is actively involved in the development of guidelines, codes and standards, and roadmaps on research needs and gaps in various building science fields. As the Executive Director of the Multi-Hazard Mitigation (MMC) and Building Seismic Safety Council (BSSC), Dr. Yuan provides leadership and management to the councils’ programs; leads and manages multidisciplinary teams, programs, and national committees; coordinates activities in establishing collaborations and partnerships; and provides strategic leadership and develops new initiatives in emerging areas in building science. Formerly, Dr. Yuan was a researcher at the Federal Highway Administration (FHWA) Turner-Fairbank Highway Research Center. He was also an adjunct professor at the George Mason University and George Washington University. He earned his Ph.D. in Civil Engineering from the University of Kansas.