Resilience 2021: Extreme Weather and Rising Sea Levels Cause More Flood Damage Every Year. What Can We Do?

Floods are the most common and widespread of all weather-related natural disasters. According to testimony from Federal Emergency Management Agency representative Michael Grimm, flood damage cost approximately $17 billion each year between 2010 and 2018. Rising sea levels and extreme weather could cause $20 billion of flood damage to at-risk U.S. homes this year, rising to $32 billion by 2051, according to recent research by flood research non-profit First Street Foundation.

There are many causes of flooding. They include heavy rains, storm surge, quickly melting snow, and breaks in dams or levees. A flood can occur within minutes and last a long period of time. No state or territory in the U.S. is spared, and tragically, floods kill more people in the U.S. than tornadoes, hurricanes or lightning.

In this installment of the Resilience 2021 series, we will cover: 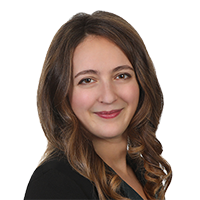 Melissa Roberts is the Founder and Executive Director of the American Flood Coalition, a nonpartisan group of more than 260 cities, elected officials, military leaders, businesses, and civic groups. As the first and largest grasstops coalition of its kind, AFC brings together leaders from both sides of the aisle to drive adaptation to the reality of higher seas, stronger storms, and more frequent flooding through national solutions that support flood-affected communities and protect our nation’s residents, economy, and military installations.

Under Roberts’ leadership, AFC’s membership has grown to represent 5 million people across 19 states in its first three years, including a remarkable 400% growth during the organization’s inaugural year. AFC supports its members developing local adaptation solutions, and the growing coalition has successfully passed legislation in multiple state capitols and Congress. In recognition of her work to advance responsible and equitable adaptation to higher seas and more frequent flooding, she was named as a Forbes 30 under 30 Social Impact Leader.

Prior to her current role, Roberts was the Director of Strategy at First Street Foundation. Previously, she was an Engagement Manager at McKinsey & Company where she specialized in infrastructure finance and planning. Roberts was a lead author on the publication Financing Change: How to Mobilize Private Sector Financing for Sustainable Infrastructure. 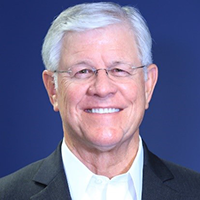 A veteran emergency manager, Maurstad currently serves as the Deputy Associate Administrator of FEMA’s Insurance and Mitigation Administration and senior executive of the NFIP, the world’s largest single-peril insurance operation providing more than $1.3 trillion in flood coverage to over five million U.S. policyholders.

His expertise in emergency management and strategic risk communications stems from his leadership roles in the private sector, and local and state government as a former Nebraska mayor, senator and lieutenant governor.

Mr. Maurstad skillfully has navigated his team through the unprecedented COVID-19 pandemic, historic 2020 hurricane season and hundreds of high-profile disaster operations in his current role and while in past leadership positions within the Insurance and Mitigation Administration and as a former Region VIII Administrator. 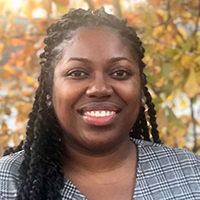 JaLeesa Tate is the State Hazard Mitigation Officer (SHMO) and Branch Manager for the Maryland Emergency Management Agency (MEMA). In this role her primary focus is to identify and implement risk reduction strategies and policies. JaLeesa accomplishes this through fostering relationships with stakeholders and administering FEMA’s Hazard Mitigation Assistance grant programs for the State.

Prior to joining MEMA, JaLeesa served as the Coastal Resources Planner for Baltimore City and Environmental Planner for Wicomico County – City of Salisbury. In these roles she focused on water quality improvement and environmental land use at the local level in urban and rural communities.