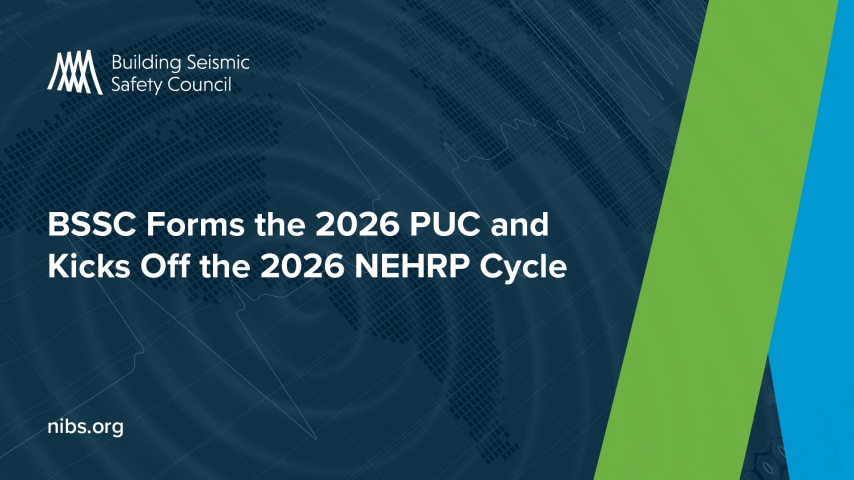 Earthquakes are a serious threat, with the ability to cause significant losses, building damage, and disruption to operations. Our nation’s seismic risk is largely mitigated through earthquake-resistant buildings, which are regulated by model building codes. Some important milestones of U.S. seismic codes development are summarized below. It is noteworthy that seismic regulation had been California-centric before the 1980s, with significant effort to provide national consistency with the passage of the National Earthquake Hazards Reduction Act (NEHRP), from 1977 until now. 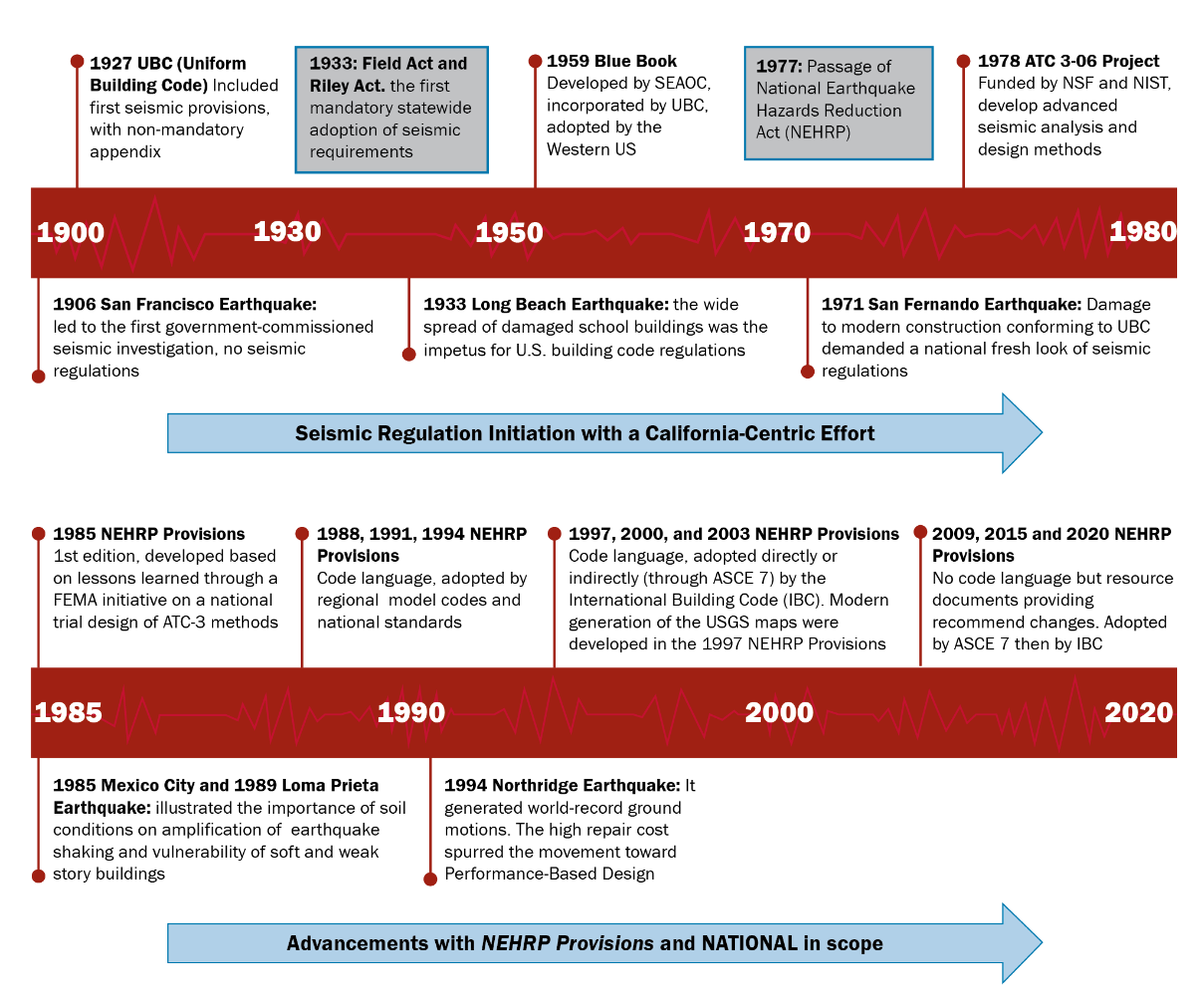 Funded by the Federal Emergency Management Agency (FEMA), one of the NEHRP agencies, and developed by the Building Seismic Safety Council (BSSC), the NEHRP Recommended Seismic Provisions for New Buildings and Other Structures (NEHRP Provisions) have played an essential role in the development of nationally applicable building codes and standards. Since their inception, the NEHRP Provisions have evolved from a code language document adopted by the regional building codes and first few editions of the International Building Code (IBC) to a critical resource document that feeds into the ASCE 7 Minimum Design Loads for Buildings and Other Structures and then the IBC. It provides the mechanism to transfer research into application and a national arena, where code updates are debated and resolved nationally through the efforts of all four NEHRP agencies, and more importantly, with input from the large private sector construction and design industries and university researchers. The NEHRP Provisions are among the most important NEHRP products and have become a well-known brand in the U.S. and internationally. 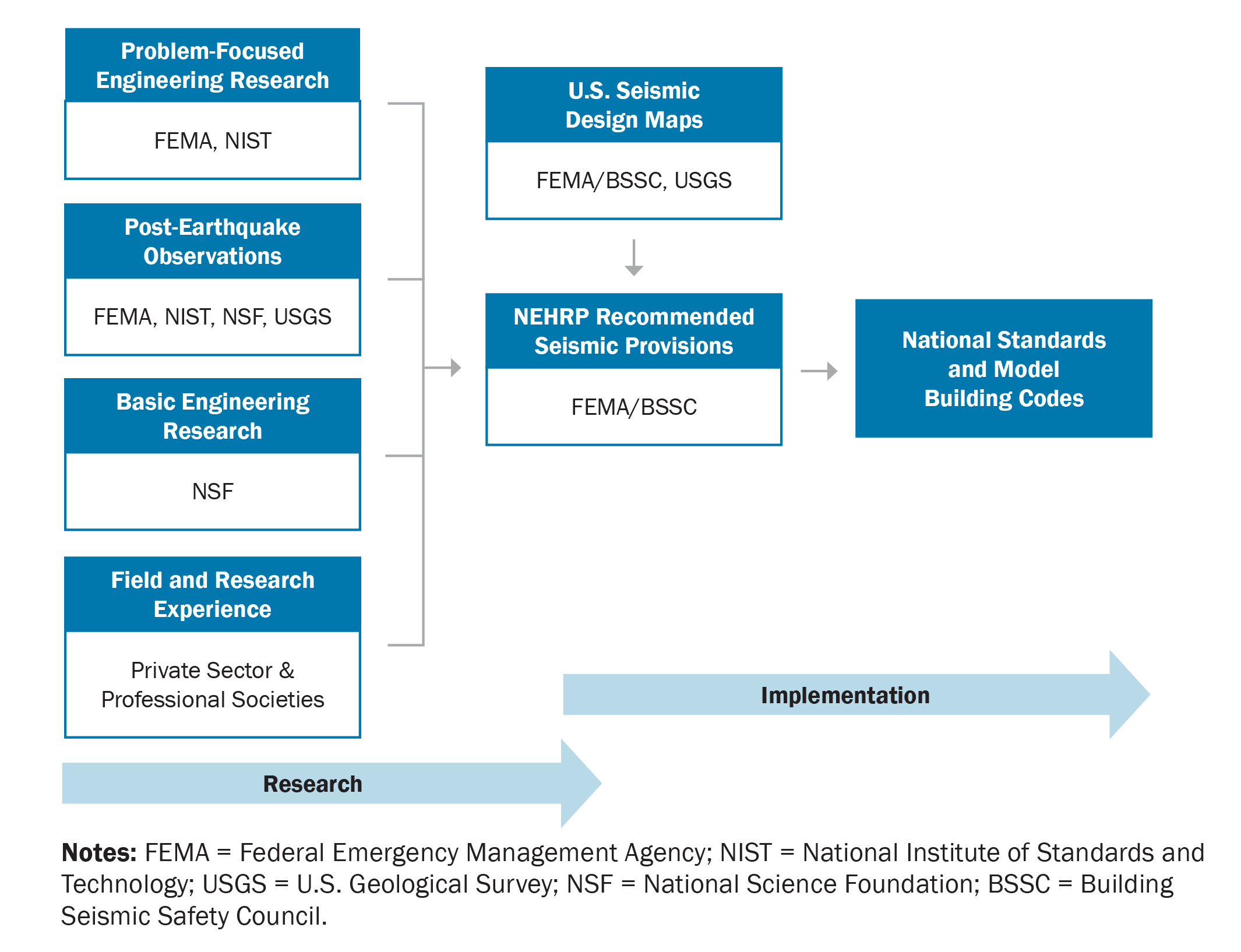 The success of the NEHRP Provisions is due to the inclusive process and large number of dedicated subject matter experts. At the start of each updating cycle, the BSSC forms the Provisions Update Committee (PUC) and many issue teams (subcommittees), which convene a large group of experts. These are top professionals in our field, representing earthquake engineering practitioners and researchers, building owners, construction materials industries, government agencies, code and standard organizations, and architects. As the BSSC kicks off the 2026 NEHRP cycle, we are glad to announce the formation of the 2026 PUC, which includes 28 voting members and liaisons from NEHRP agencies. The 2026 PUC will explore many important issues like functional recovery, systematic consideration of issues related to the two-stage analysis procedure, performance targets for seismically isolated structures, refinement of the design approach for structures located in regions of very high seismic, improvement to short period building seismic design, and more. The exact topics are to be discussed and decided by the 2026 PUC.

Designing structures to be resistant to major earthquakes is a complex process and developing seismic design provisions and codes that are applicable across the nation is even more daunting. Fortunately, the NEHRP Provisions provided an essential platform to effectively and efficiently advance our seismic design practices. We look forward to another great cycle with our dedicated experts to tackle many of the significant issues to continue improving our resilience to seismic threat.

2020 NEHRP Recommended Seismic Provisions for New Buildings and Other Structures