Report on Building Rating and Certification in the U.S. Building Community

On September 25, 2008, the Board of Directors of the National Institute of Building Sciences appointed a Task Group to review the current systems in use across the United States for rating and certifying building performance and accrediting individual expertise. The Task Group was charged by the Board to seek input on these issues from a broad range of participants in the building sector as well as the developers and managers of these systems. Following receipt of such input, the Task Group was directed to develop recommendations for possible action by the Institute to be considered by the Board at its September 2009 meeting. 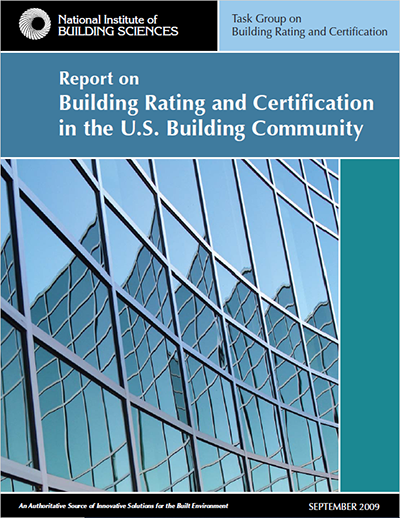