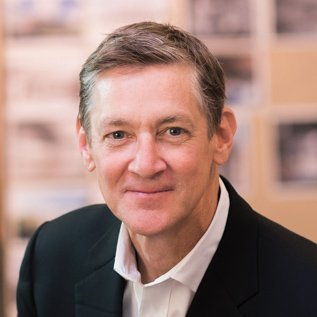 A founding partner of a Philadelphia-based architecture firm, James Timberlake is co-author of five books, has taught at a number of universities and is an award-winning architect.

He and Stephen Kieran, FAIA, founded the award-winning and internationally published architecture firm, KieranTimberlake, in 1984. Since its founding, the firm has received more than a hundred design citations, including the 2008 Architecture Firm Award, the highest honor bestowed on a firm by the American Institute of Architects (AIA), and the 2010 Cooper-Hewitt National Design Award.

Timberlake co-authored Manual: The Architecture of KieranTimberlake (2002), refabricating ARCHITECTURE (2004), which examines how manufacturing methodologies are poised to transform building construction and Loblolly House: Elements of a New Architecture (2008), a case study of a single building which shows a way forward to quality, productivity and sustainability.

Back to Board of Directors